Baroña Forest Community (Porto do Son), including the Communal Forests of Barbanza, Enxa, Xián, Dordo, Costa de Abaixo and O Sobrado, covers 846 hectares. It is made up of 186 houses that are registered as holders and their management makes a clear commitment to the multifunctional use of the forest. In recent years the houses recovered the right to the collection and direct sale of firewood, and also the production of pine resins.

The fall in the price of wood, following the construction crisis that began in 2008, led to a search for diversification in the community’s production.

The fall in the price of wood, following the construction crisis that began in 2008, led to a search for diversification in the community’s production. The average income from wood sales has fallen from €80,000 per year between 2002 and 2012 to roughly half of that figure today, offset by new practice.

New practice, which include resin production, firewood sales and others, provide an average of €40,000 in the case of resin and around €12,000 in the case of firewood sales. This makes the Porto do Son community the largest producer of resin in Galicia and allows the creation of four new jobs that represent a workforce of between 9 and 13 workers depending on the season.

This makes the Porto do Son community the largest producer of resin in Galicia and allows the creation of four new jobs.

At the same time the community members have the right to free provision of firewood directly from the forest for their own use. This practice increased the consumption of local firewood exponentially, which contributes to the economy of the families and to the environmental sustainability of the area. The recovery of horse and goat breeding also means an adaptation of past uses that also reduces the existence of excess natural fuel that may favor the extension of fires, if they exist.

No less noteworthy are other uses which the community is engaging in, including recreational ones. These include activities for young and old; tourism activities in the area; honey and mushrooms production; community land lease for public facilities such as a sea rescue base, a football field, a horse reserve, wind turbines, firefighting facilities, picnic areas, etc. The community is also engaged in the recovery of historical heritage and guides for visits, which are combined with a large number of training activities.

Throughout the coming months of research, the interactions between the community and the territory, the logics of the management, the commercialization networks, etc. that were and are in Baroña, as well as in the communities of Froxán and Laíño, will be unraveled, which will allow us to understand in a more accurate way the socio-environmental framework of the area.

Baroña Forest Community (Porto do Son) covers 846 hectares. Within it there are 186 houses that are registered as communal and in their management make a clear commitment to the multifunctional use of the forest. 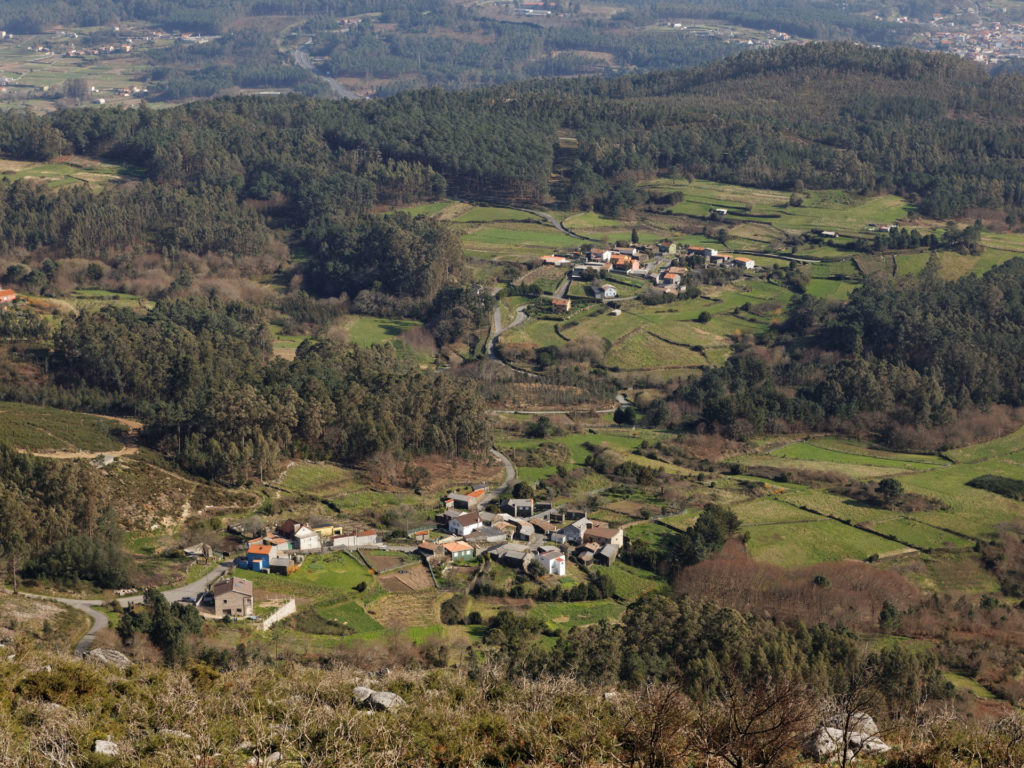